As we all know, the steel beam is an important part of the Double Beam  crane. It determines how much load-bearing the overhead crane and gantry crane can carry. So what faults will the steel beam of the double-beam crane appear usually? What are the forms of damage?

In addition, maintenance work of the Double Beam  crane is not timely, resulting in partial corrosion and oxygenation, varying degrees of surface rust, reducing the strength of steel beams, and making steel knots for a long time. Structural deformation, which is also a common fault in the main girder of a double-beam crane.

Practice has proved that although crane main girder cracks do not necessarily lead to fractures, it is very important to find and deal with them in time. Even if it is not repaired in time, long-term work is often the initial stage of cracks, especially the transition period and dangerous cracks.  Generally speaking, cracks mainly occur in the welding part and the part where the stress is concentrated.

The deformation of Double Beam  overhead crane and Double Beam  gantry crane includes partial bending (Bend) deformation, twisting and eccentricity. According to the metal structure inspection requirements, the straightness tolerance of the rod along the longitudinal axis is 1/750.  The Double Beam  crane deformation of the main chord in use should not be more than 3 permille; -5 permille;; the deformation of the web should not be more than 2-4mm; the hole distance error of the rod connecting bolt (composition: head and screw) should not exceed the assembly (assemble)  1/2 of the gap; and the roundness error of the screw hole does not exceed 1/2 of the assembly gap; when it exceeds the above range, it is deemed to be deformed. 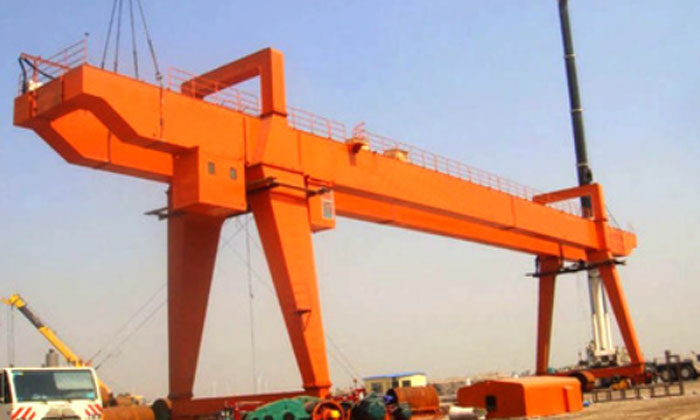 The reasons of Double Beam  crane steel beam deformation are as follows:

What are the precautions for the routine inspection of Double Beam Cranes?

1. The limit switch, height limiter, and each interlocking mechanism are formed during lifting. The performance is normal, safe and reliable.

4. No cracks in the drum, no loose connection and fixation; the wall wear of the drum is less than 20% of the original wall thickness; the safety roll is not less than 2 turns, the diameter ratio of the drum and the wire rope should meet the requirements, and the balance wheel should be in good condition.