Single-beam overhead cranes are important tools and equipment for mechanization and automation of the production process in modern industrial production and lifting and transportation. Therefore, single-beam bridge cranes are widely used in departments and places such as indoor and outdoor industrial and mining enterprises, steel and chemical industries, railway transportation, port terminals, and logistics turnover. 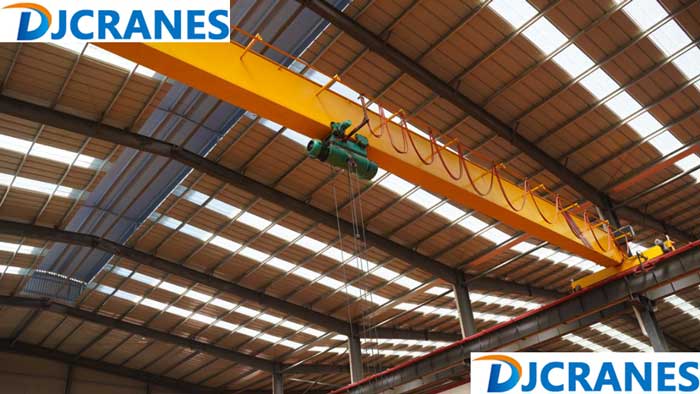 Single-girder overhead cranes wheels mainly include rail-mounted wheels and suspended wheels. Rail-mounted wheels are usually large and trolley wheels of bridge cranes or gantry cranes, and the amount used is large. Suspension wheels are usually suspension wheels. The running wheels of beam cranes or electric hoists run on the flange plates of I-beams.

The wheel set is mainly used to carry the crane's own weight and hoisting weight, and transfer the force to the crane's running track. Drive the wheels to rotate through the motor, reducer and other transmission parts, thereby driving the entire crane or the crane trolley completes longitudinal and lateral movement.

The materials used for the wheels are mainly forgings and ductile iron. Forgings are commonly used 42CrMo alloy steel. Single-beam overhead cranes mostly use 45-steel forged wheels. The forging capacity is relatively large. It can be applied to cranes with severe working conditions such as metallurgy cranes etc.

The forged wheel set optimizes the structure and performance of the metal blank through the forging and pressing machinery and eliminates the structural defects. Therefore, the overall performance of the forged wheel is better than that of the cast wheel of the same material. The forged wheel generally needs to undergo heat treatment to eliminate the internal stress of the structure and increase the surface hardness. For quality treatment, many crane manufacturers now use ductile iron as the main material for wheels. Because the internal structure of ductile iron itself has reached a spheroidized form, the strength is high, and also the cast iron has high carbon content and good wear resistance, it is more suitable for cranes working conditions, in addition, graphite has a lubricating effect, so ductile iron wheels are favored by more and more users.

There are three shaft-shaped holes on the beam of the crane, they are respectively in the middle and two ends of the beam, and then connected with the electric trolley. The width of the electric trolley used by the electric single-beam crane determines the length of the connection between the inner edges of the wheels. After the main girder is installed, the crane’s circuit needs to be installed for operation, as well as electrical appliances.

With the addition of the lifting structure, which is the final concave front device for loading items, the entire crane structure is completed.

After waiting for the crane to pass the device, it is necessary to debug the completed crane device, that is, after it is not loaded and full. It is necessary to check whether the operation and operation of the crane are consistent, and whether the wheels can be adjusted according to the road conditions ahead. How much things can be loaded by the lifting device, and the flexibility and availability of other machines. Only in this way can the overhead crane be used.

Electric single-girder cranes are generally used in places where there is no easy combustion and explosion, and they also need to be used in spaces where there are no corrosive materials.

What are the differences between single beam bridge crane and double beam? 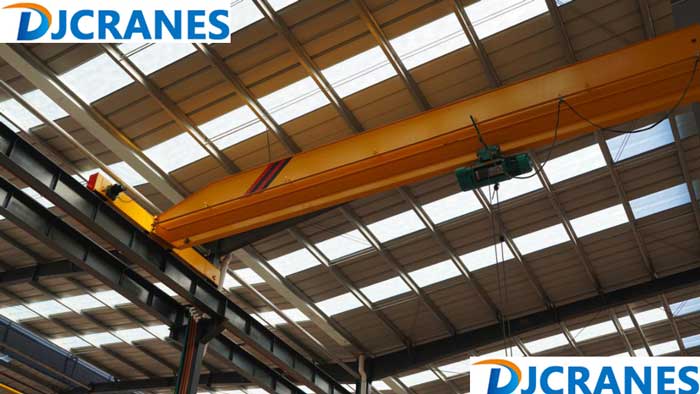 The two structures are different

The production cost is different

The single girder bridge crane has a shorter span and consumes less construction materials, so the cost is lower. The double-beam bridge crane has a larger span, more consumables, and higher technical content, so the production cost is higher.

The difference in operation mode

In terms of operation mode, single-girder cranes are generally operated on the ground, which can be operated by handle and remote control, while double-girder bridge cranes require workers to control during operation.

The operating environment of the two is different